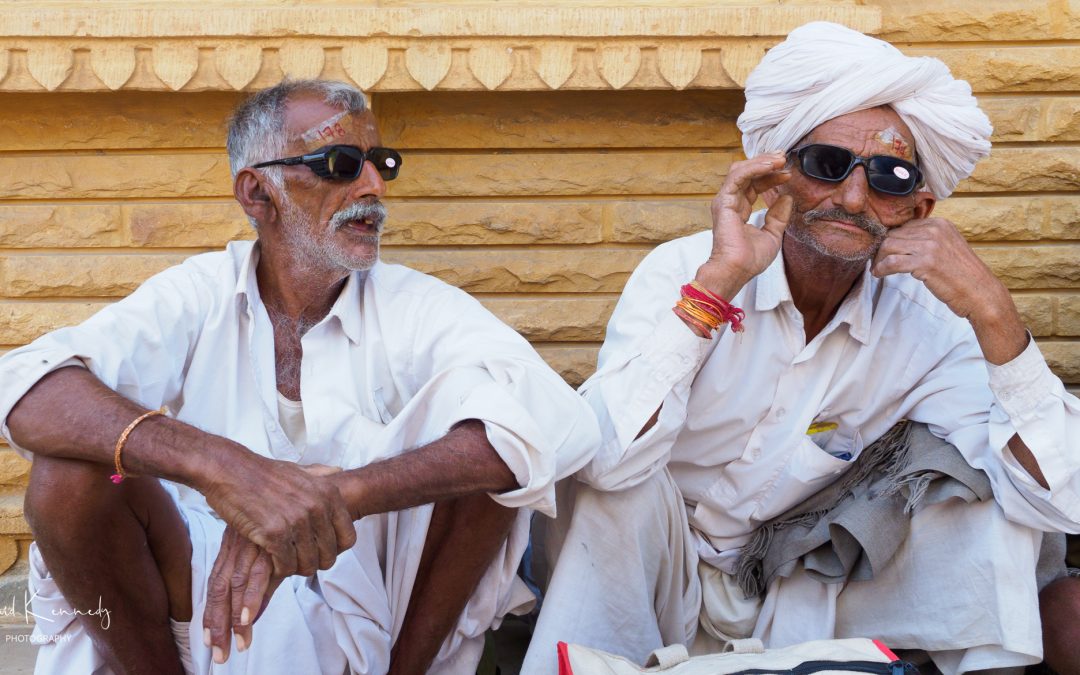 Around 8 million Indians suffer from cataracts and lose their sight, but dealing with it is simple and cheap.

As a professional photographer I could not be more convinced of the importance of seeing. Not just as a sense to function as a human being but also as medium by which to interpret the world and enjoy one the greatest assets of nature — Light!

Jaisalmer is in the desert. It is a place of beautiful light and amazing people. A gallery of images I took in 2020 is available to view at this Gallery Page

On my second visit to the Thar Desert I stayed a few days in Jaisalmer. Whilst I was there, a free cataract clinic was happening for locals.

In India many people who have this crippling problem either believe that it cannot be cured, or do not seek help because of the cost they believe is involved. In a country with a lot of poorer nationals, the presence of free clinics could not be of more value.

The clinic being in the city can only be described as an occasion. After walking past the venues being prepared for desert weddings, the blacksmiths working on the side of the roads, the street sweepers fighting a losing battle, and the cows, I came across a diverse and colourful gathering.

Outside the clinic were the men who had already had the treatment. They are sent out with sunglasses on and a numbered sticker on their forehead. They are to go back after a while to check the procedure has worked.

One lens of the issued sunglasses has a small sticker on it. Most believe that this shows which eye has been operated on, and they are very careful not to remove the sticker. However that is not true, it’s just the brand label!

Treatment is on a first-come-first-served basis and at our arrival the reception desk is dealing with people who are trying to get on the already-full list. Going further into the clinic we see the small crowds gathering outside the room where the procedure takes place. Queueing in India is rarely orderly.

Back outside it is as if the whole area has come to town. Lots of men wearing different tribal or religiously significant garments. The chai stalls are doing a great trade and whilst I tuck into the sweet hot drink, I get to take some portraits of the locals. In the hot mid-day sun, cafés with shelter and any area of shade are greatly valued.

People are there for the clinic but also to meet friends, who may have brought a relative in, or just to pose elegantly in their best clothes, or to enjoy what the Irish would call ‘the craic’.

The Indian government have been providing free cataract procedures for many years and despite this, as the population has risen the number of people losing their sight through cataracts has increased. The WHO say that the leading causes of vision impairment are uncorrected refractive errors and cataracts. At least a billion people have vision impairment which could have been prevented or has yet to be addressed.

As someone who works with light and vision, and who has had corrected vision since childhood, I can only hope that initiatives like this will grow and be ever more effective.